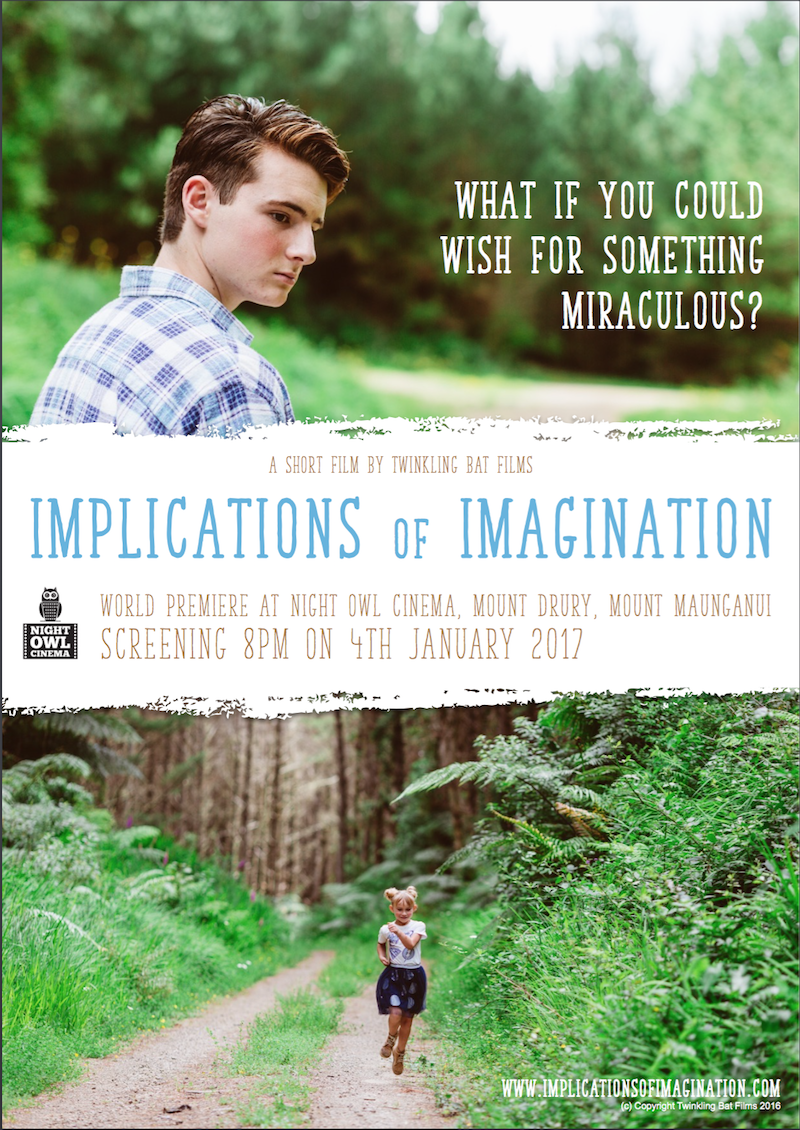 For the first time anywhere in the world, Twinkling Bat Films very first production, Implications of Imagination, will be shown to the public. The world premiere will be at Night Owl Cinema on the 4th January 2017.

The film’s male lead actor, Fletcher Oxford, will be debuting a song he has written based on the story of the film. Fletcher is a very accomplished singer/songwriting, having previously made the top five finalists on the television show New Zealand’s Got Talent.

All of the cast and crew from the film will be at screening in a special VIP area and the films director, little old me, Rose McMahon, will also be saying a few words.

The film will be shown before the main feature, Disney’s classic The Lion King. The screening should start at about 8.00pm. But get there early to meet the cast and crew, listen to Fletcher perform and enjoy dinner at one of the great food stalls. 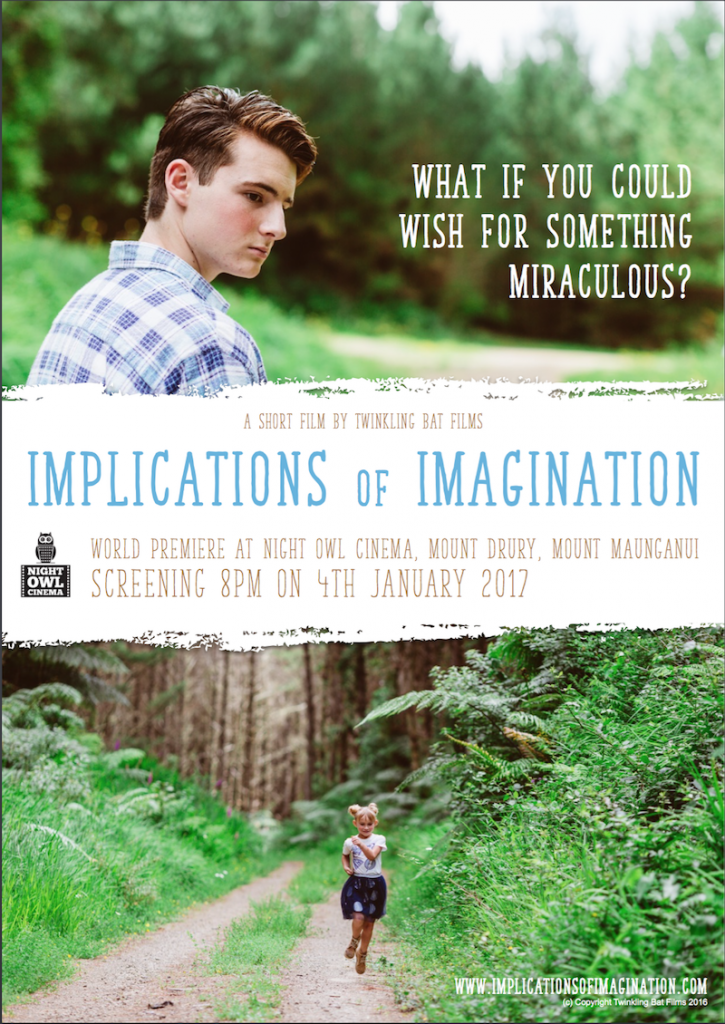